To Demonstrate my grid we will be showing this matrix which is representing the nodes of the 5 x 5 grid. 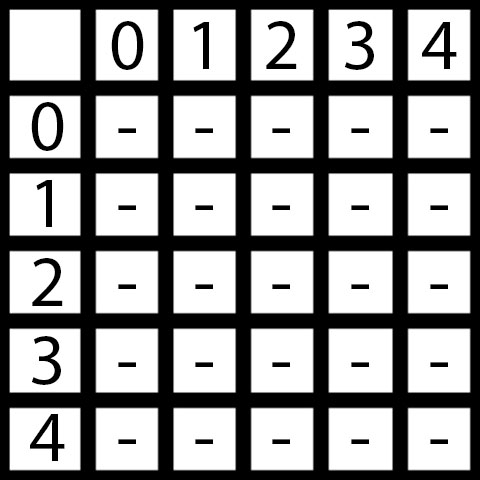 This Algorithm is an extended version of BFS(Breadth First Search). We wont be teaching the BFS here but will describe it in brief here. 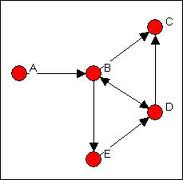 Consider this graph as shown above.

(Graph: It is a set of nodes in which each and every node is connected to some other nodes. The connections are usually shown by an arrow. There can be multiple nodes pointing one node and a node can point multiple node)

Our problem is to search whether two nodes in the graph are connected or not. For this we have Breadth First Search:

Enqueue the initial node to the queue Q.

Dequeue the front node and do the following steps: => If the node is already visited then jump to step 3 else mark the node as visited and move to next step. => After marking the current node as visited, enqueue all the nodes that are connected to this node(and not visited) in the queue.

If the queue is empty (All nodes connected with the first node are visited) then move to step 4 ,else jump to step 2.

Lets run this algorithm on the graph above:

Now for grid mapping a little advancement needs to be done in the previous algorithm. We will consider grid as a connected graph with each node directly connected to its four surrounding nodes(this may not be true for the nodes that lie on the border).Since we do not know the arena before hand and we need to traverse the grid we have to create a general algorithm that will tell the robot about the next node it has to reach. 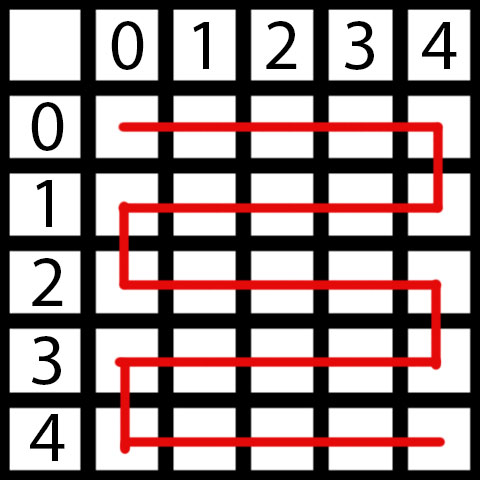 Suppose my final Arena is this 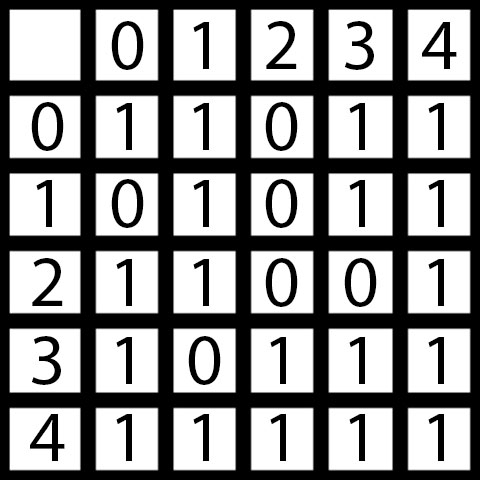 Here we consider that blocked nodes connect no further nodes. So, when a blocked node arrives no extra node is further marked. Thus, we can traverse even an unknown grid using a variant of BFS.