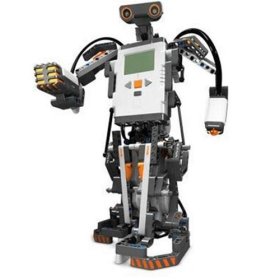 LEGOMindstorms ® NXT ® is a product offered by the world’s fourth largest manufacturer of toys, LEGO. It ships as a kit, which consists of the NXT or the CPU, various components such as axles, gears, and other fabricated plastic parts that make it very easy to assemble and modify your robot quickly. Creating good looking robots really easily seems essential to LEGO’s aim to create as much curiousity as possible in robotics.

However beneath the surface, there is enough to interest the more experienced enthusiast. Controlling the three servo motors is a 32-bit ARM7 Micro-controller that uses 6-wire ports to monitor its plethora of sensors: Light, Colour, Ultrasonic, Touch, and Sound.

The NXT software used to program the bot has a graphical interface, once again showing LEGO’s interest in roping in first timers. And once again, the GUI is only the surface of a powerful programming environment called LabView, developed by the Texas giant, National Instruments. 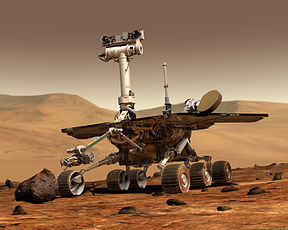 The same LabView software has been used by scientists and engineers worldwide in a variety of applications from controlling MP3 players to testing the Microsoft XBox, to helping control the NASA Mars Pathfinder exploration. 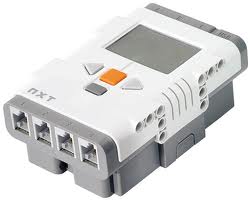 All in all, the NXT is a unique product. There’s no denying that it was designed for the hobbyist, but those who can, have used it to make some pretty amazing things. The 280$ price tag can put you off, but if you’re looking for a good robotics kit, or even something to get you started with, then this should be on your list.