At slower speeds, line following is pretty simple - if the sensors say it is going left, steer right and if going right, steer left. This process has its limitations though, mainly when the speed is increased. This is when a PID controller starts to shine.

PID stands for** Proportional, Integral and Derivative**. A **PID **controller is a mathematics based procedure that processes sensor data and uses it to control the direction (and/ or speed) of a robot to keep it on course. Why does **PID **work better than our simple model described above? Let’s talk about how robot acts (or behaves) as it follows a line to see why.

Behaviour of a line follower

**Before we go into how exactly PID works, here are some terms you need to know : **

**Error **- The difference between the target position and the measured position the Error.

**Proportional - **Measures how far your robot is away from the line.

**Derivative **- Measures the rate at which the robot is moving left-to-right or right-to-left.

The “Control” variable, which helps in precise motion of the bot is essentially a combination of the P, I and D elements with coefficients Kp, Kd and Ki, 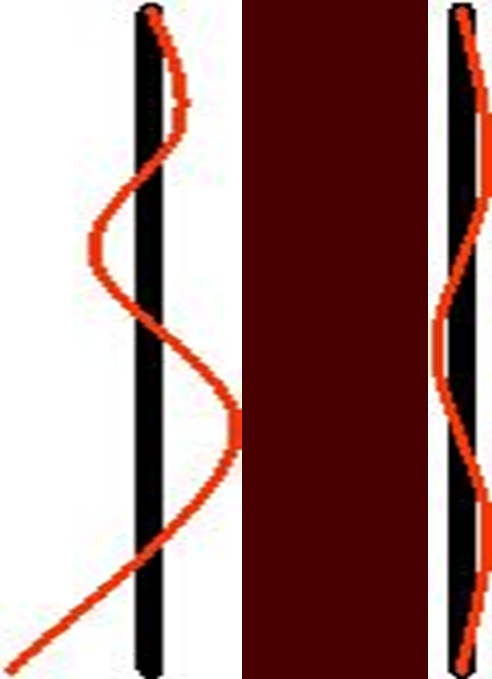 In order for your line follower to attain optimum performance, tuning is the most important last step to be followed :

Keep in mind that you need not implement P, I and D. Only P or even PI could serve your purpose in which case don’t complicate the system further.