For the first time Technology Robotix Society organised a Hackathon for its members to give them the experience of building their first autonomous robots and put into practice what they learnt in previous knowledge sessions. The members participated with full enthusiasm. They were divided into teams and given a choice of two problem statements on which they had to work for the night.

Either they could make a gesture controlled robot, which used an accelerometer to gauge the tilt of the hand, which was then used as an input for the code they wrote such that the bot moved depending on the movement of the accelerometer. The accelerometer used was adxl335 and it was powered by arduino to which it was connected by jumper wires, or they could make a smartphone controlled robot, which used Bluetooth as the method of communication and the smartphone gave input to the microprocessor on which the appropriate code was burned such that the robot moved according to the commands given by the smartphone. Both robots were arduino based, and this allowed the members to familiarise themselves with the working of the open source development board. In both the problem statements the basic code was the same. It contained functions for moving the bot forward, backward, left, and right and these functions were called in the main loop according to the input from the respective devices. 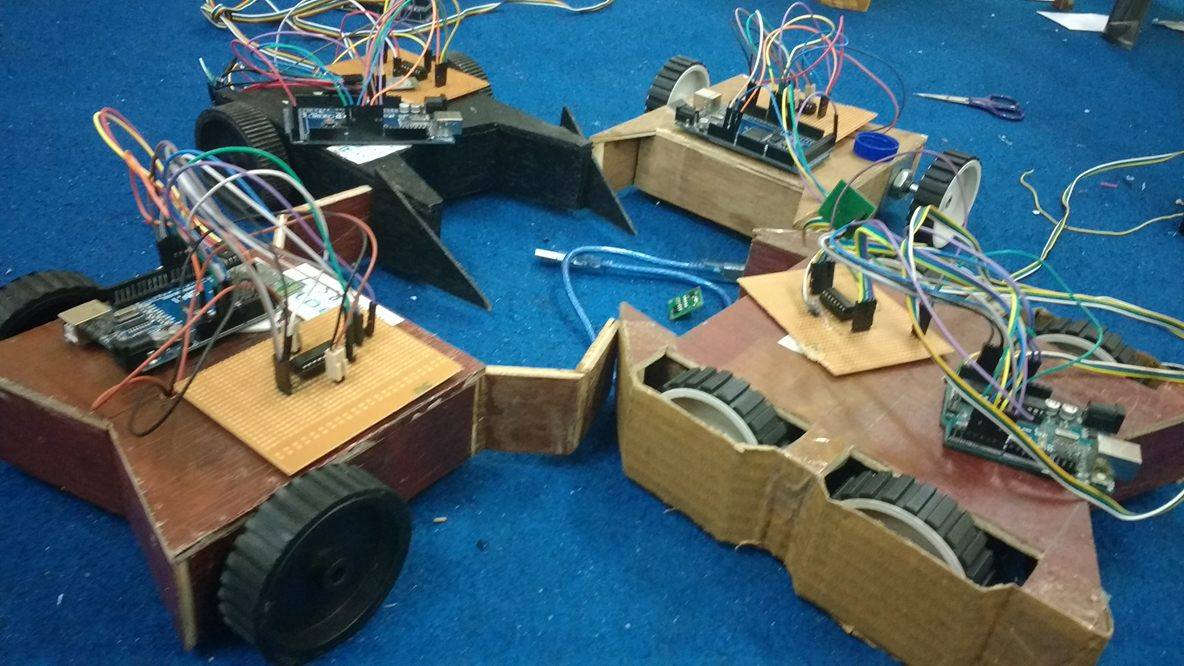 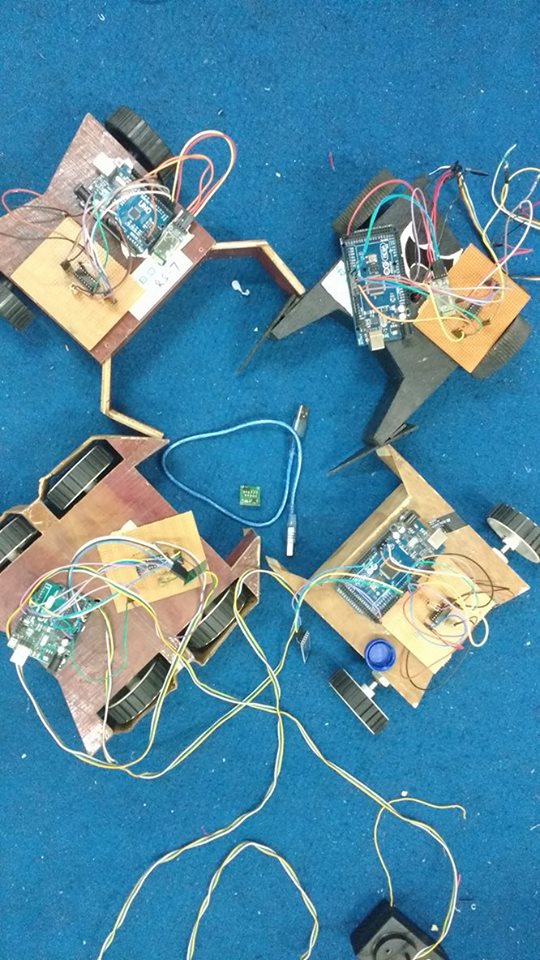 The members used the already made robosoccer bot chassis and connected the microprocessor to the motors thus successfully running their robots. It was a fun night with lots of learning included. The members were successful in making their robots with guidance from the sub heads. And it was an excellent experience of getting introduced into the world of robotics for the members.