The Kalidas Auditorium was yet again a witness of an overwhelming response of freshers, who flocked to witness the awesomeness of Technology Robotix Society in its introductory seminar. The program kicked off by a spectacular flight of a quadcopter, which left the audience dumbstruck. Often known as the heart and soul of robotics in KGP, TRS has a reputation of injecting the culture of robotics into the veins of students across and beyond the campus. They were informed about the events and workshops organised by the society, with the finale at Kshitij, one of the largest Techno-management fests. 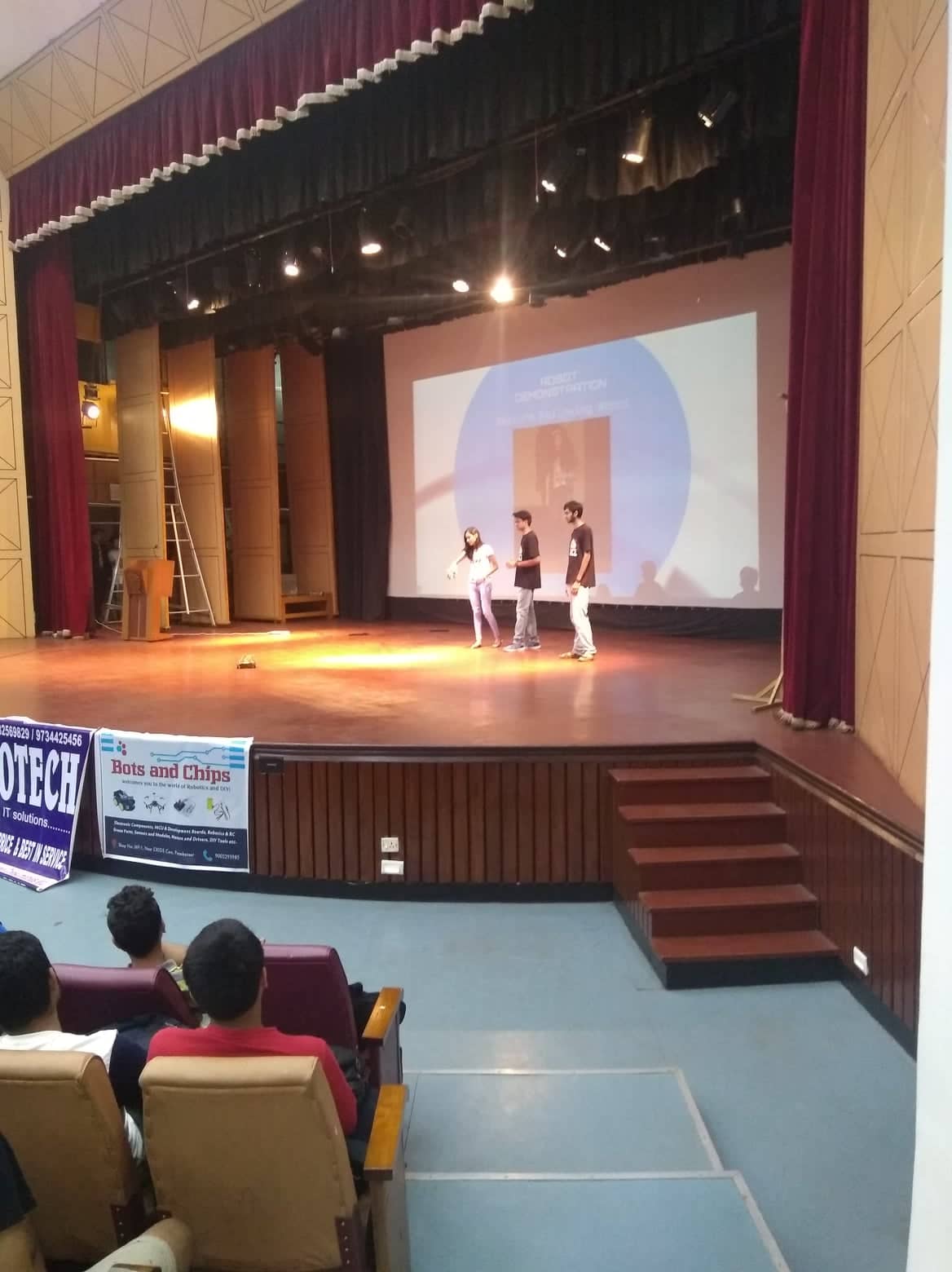 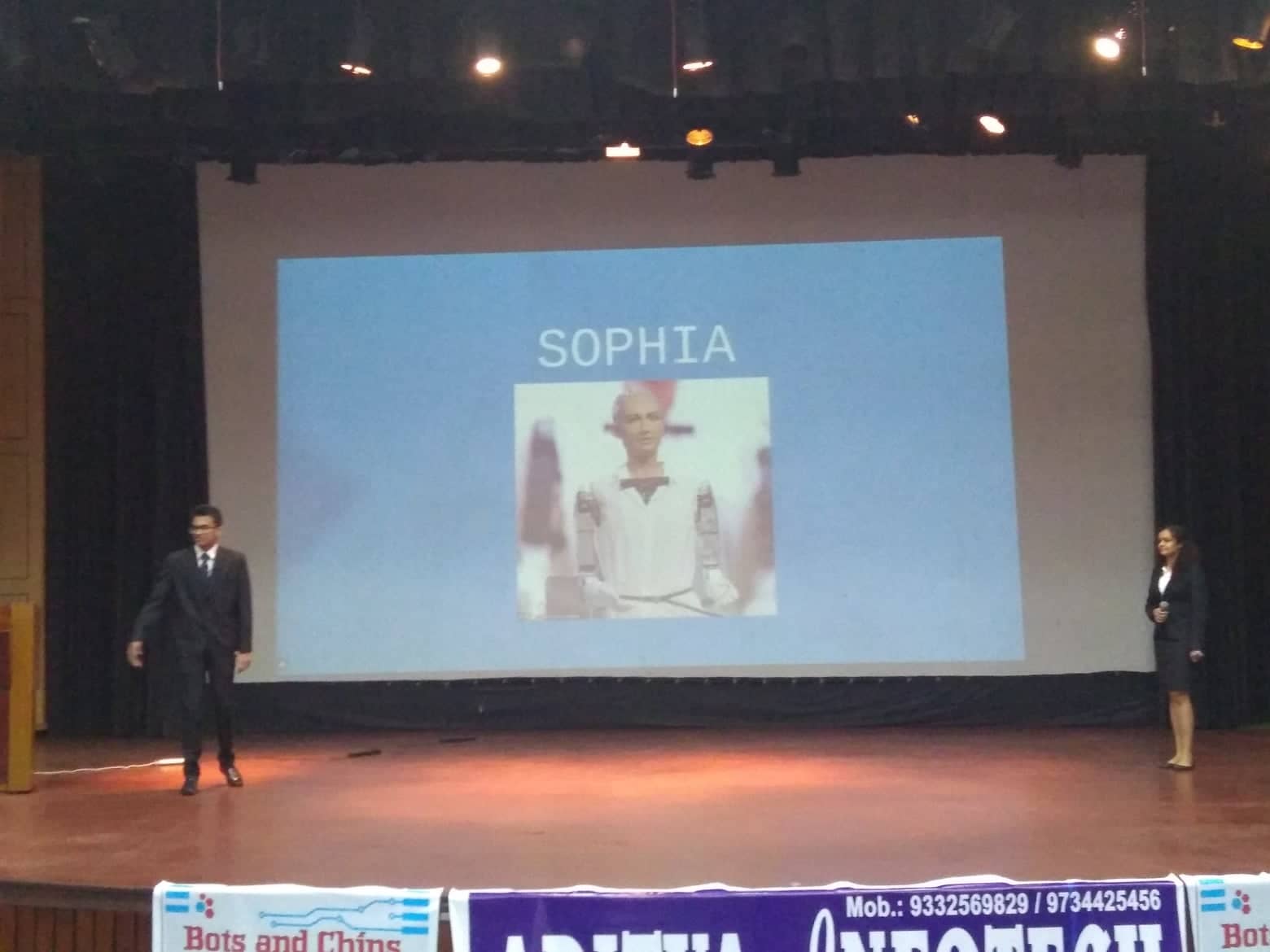 “Bot demonstrations were really cool. It really increased my enthusiasm for building one on my own”, one of the members of the audience said. The testimony justifies that the bots displayed captivated the minds of the freshers. They witnessed and some even made a bot climb a definite set of stairs. A lane following bot was next, which essentially traverses along the lane of an arena using the concept of SONAR. A mesmerizing gesture controlled followed, and some lucky people got the chance to manoeuvre the bot themselves. Lastly, the freshers were introduced to a bot which can change its ground clearance, hence moving “over and above” the obstacles. 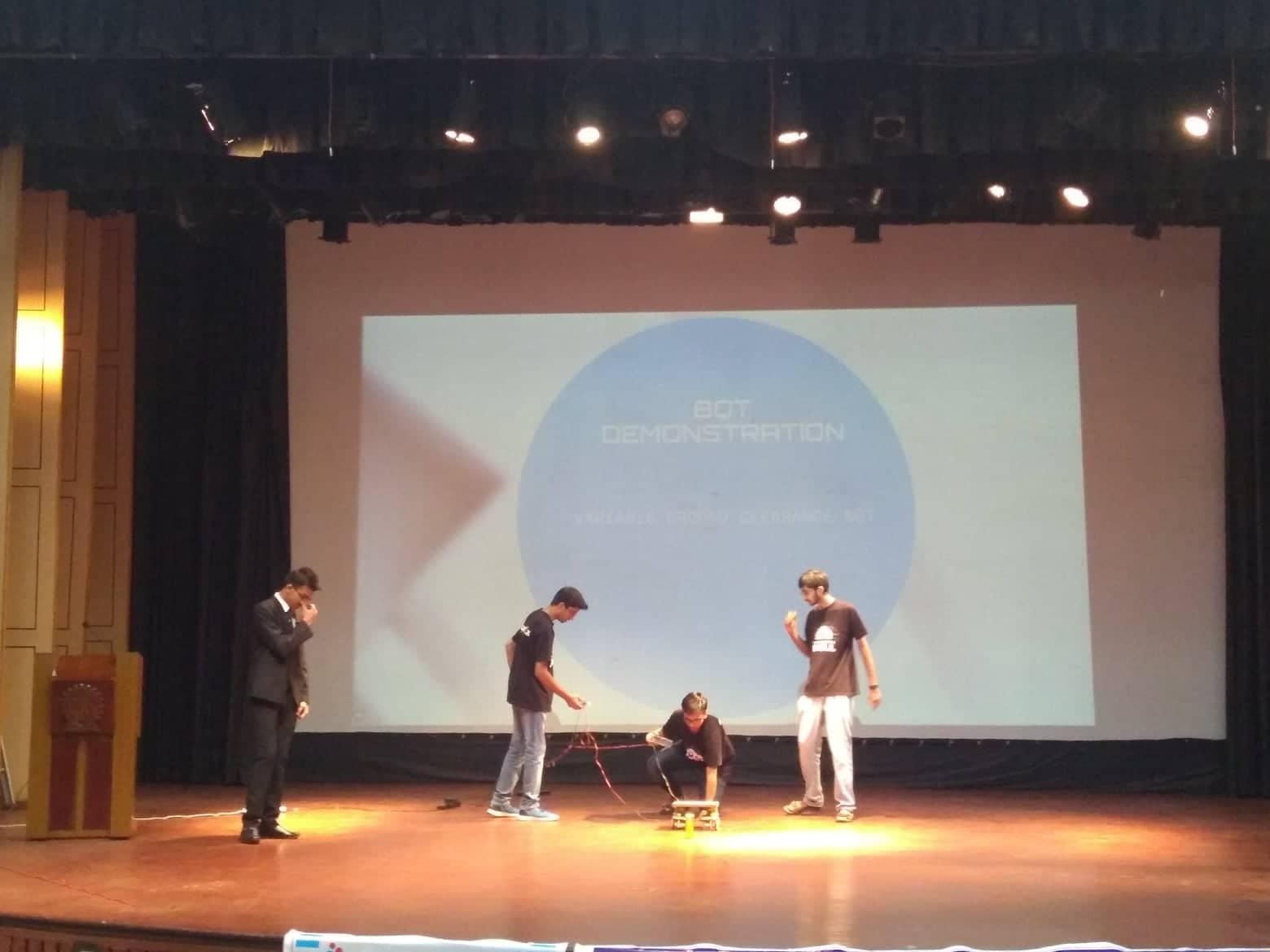 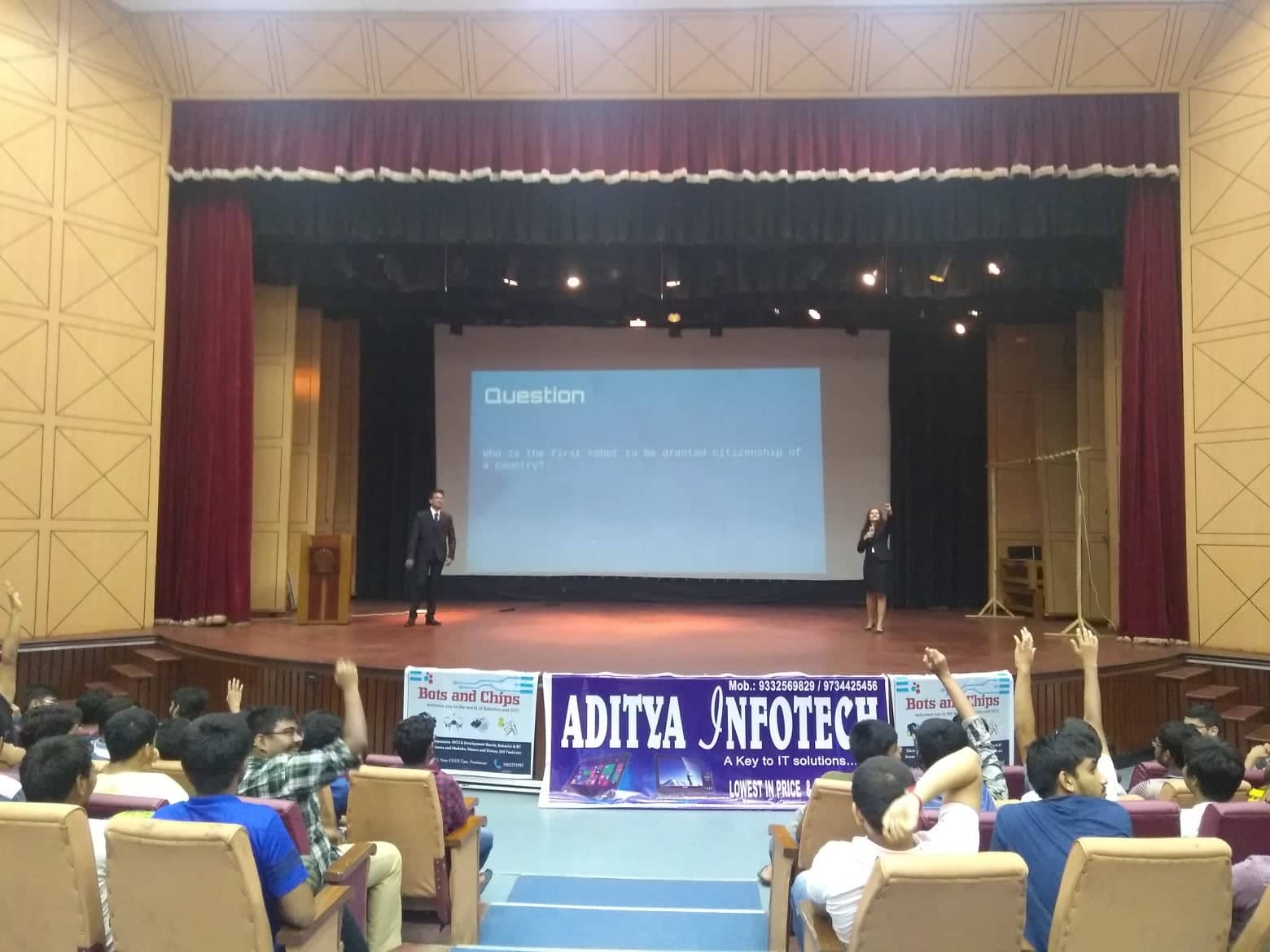 The large attendance in Kalidas surely indicated that the upcoming robotics season is going to be a thrilling one. Technology Robotix Society shall leave no stone unturned to enhance its extravagance. 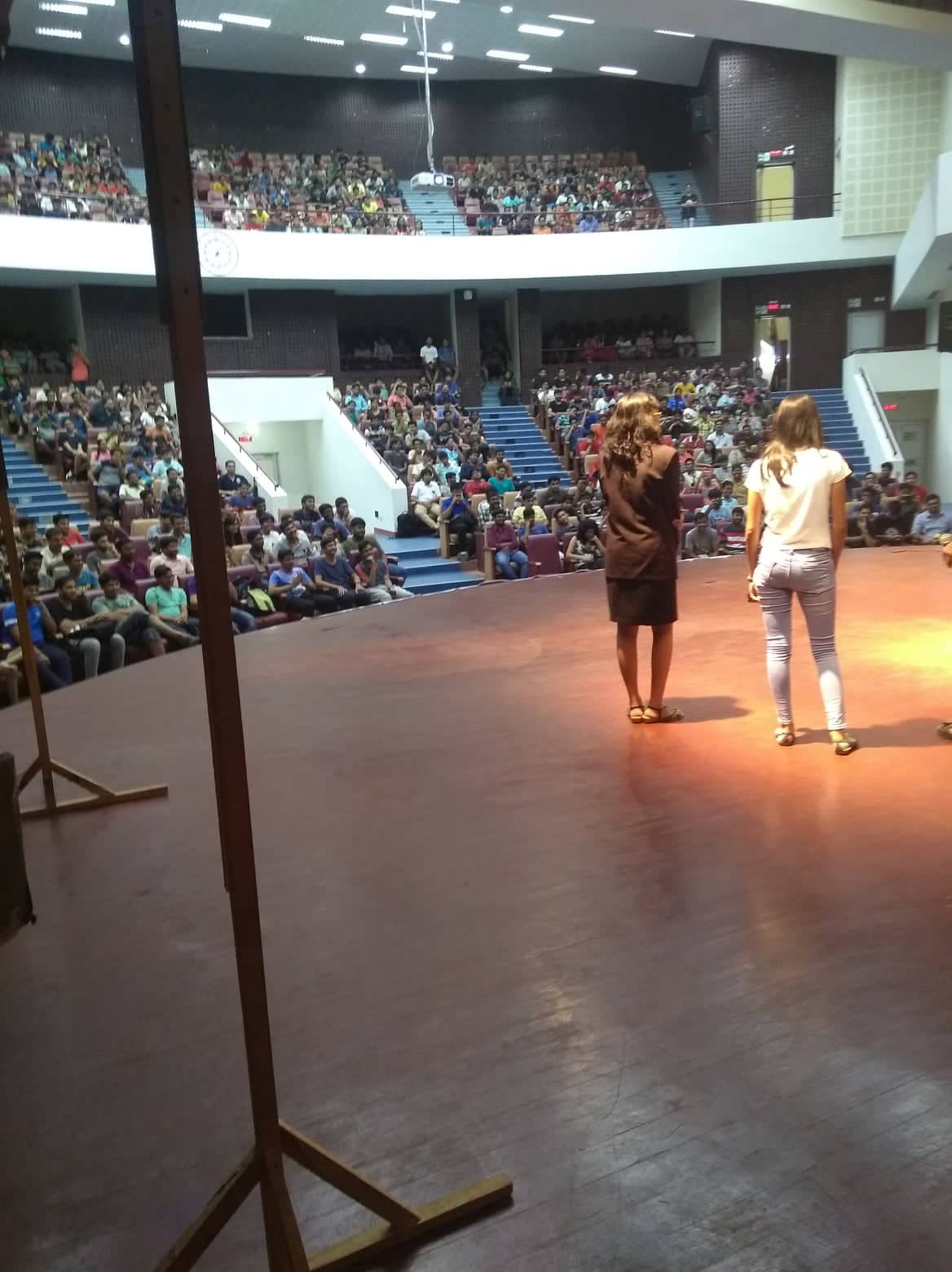