Back in early 2012, before the world had heard of Google Glass, the tech world was ablaze with rumours that the search giant was beavering away on augmented reality goggles.

As the days went by, it was clear that not only was this true, but that Google’s dream of wearable technology was far, far closer to release than anyone would have guessed.

Roll forward just over a year and the first versions are in the hands of developers who went into a lottery to fork out $1,500 for their own pair of spectacles.

But what exactly is Google Glass? Why is it attracting all this attention and what are the implications - both good and bad - of having a Google-eye view of the world? What is Google Glass?

Google Glass is an attempt to free data from desktop computers and portable devices like phones and tablets, and place it right in front of your eyes.

Essentially, Google Glass is a camera, display, touchpad, battery and microphone built into spectacle frames so that you can perch a display in your field of vision, film, take pictures, search and translate on the go.

The principle is one that has been around for years in science fiction, and more recently it’s become a slightly clunky reality. In fact, the “heads-up display” putting data in your field of vision became a reality as early as 1900 when the reflector sight was invented.

Google Glass uses display technology instead to put data in front (or at least, to the upper right) of your vision courtesy of a prism screen. This is designed to be easily seen without obstructing your view. According to Google the display is “the equivalent of a 25-inch high definition screen from eight feet away”. There’s no official word on native resolution, but 640 x 360 has been widely mooted.

Overlaying data into your vision has obvious benefits; many of which are already functional in Google Glass. Directions become more intuitive (although it sounds like there is no GPS on board so you will have to pair it with your phone), you can view real-time translations or transcriptions of what is being said, and you can scroll through and reply to messages - all on the fly. The embedded camera obviously does not need a viewfinder because it is simply recording your first-person perspective, allowing you to take snaps or footage of what you are actually seeing.

Any function that requires you to look at a screen could be put in front of you.

Controlling this data is the next neat trick. With a microphone and touchpad on one arm of the frame, you can select what you want to do with a brief gesture or by talking to the device, and Google Glass will interpret your commands.

Google Glass can also provide sound, with bone-induction technology confirmed. This vibrates your skull to create sound, which is both more grisly sounding and much less cumbersome than traditional headphones.

What can Google Glass do?

As well as Google’s own list of features, the early apps for Google Glass provide a neat glimpse into the potential of the headset.

As well as photos and film - which require no explanation - you can use the Google hangout software to video conference with your friends and show them what you’re looking at.

You’ll also be able to use Google Maps to get directions, although with GPS absent from the spec list, you’ll need to tether Glass to your phone.

To do that, Google offers the MyGlass app. This pairs your headset with an Android phone. As well as sharing GPS data, this means messages can be received, viewed on the display, and answered using the microphone and Google’s voice-to-text functionality.

Google has given its Glass project a big boost by snapping up voice specialists DNNresearch. 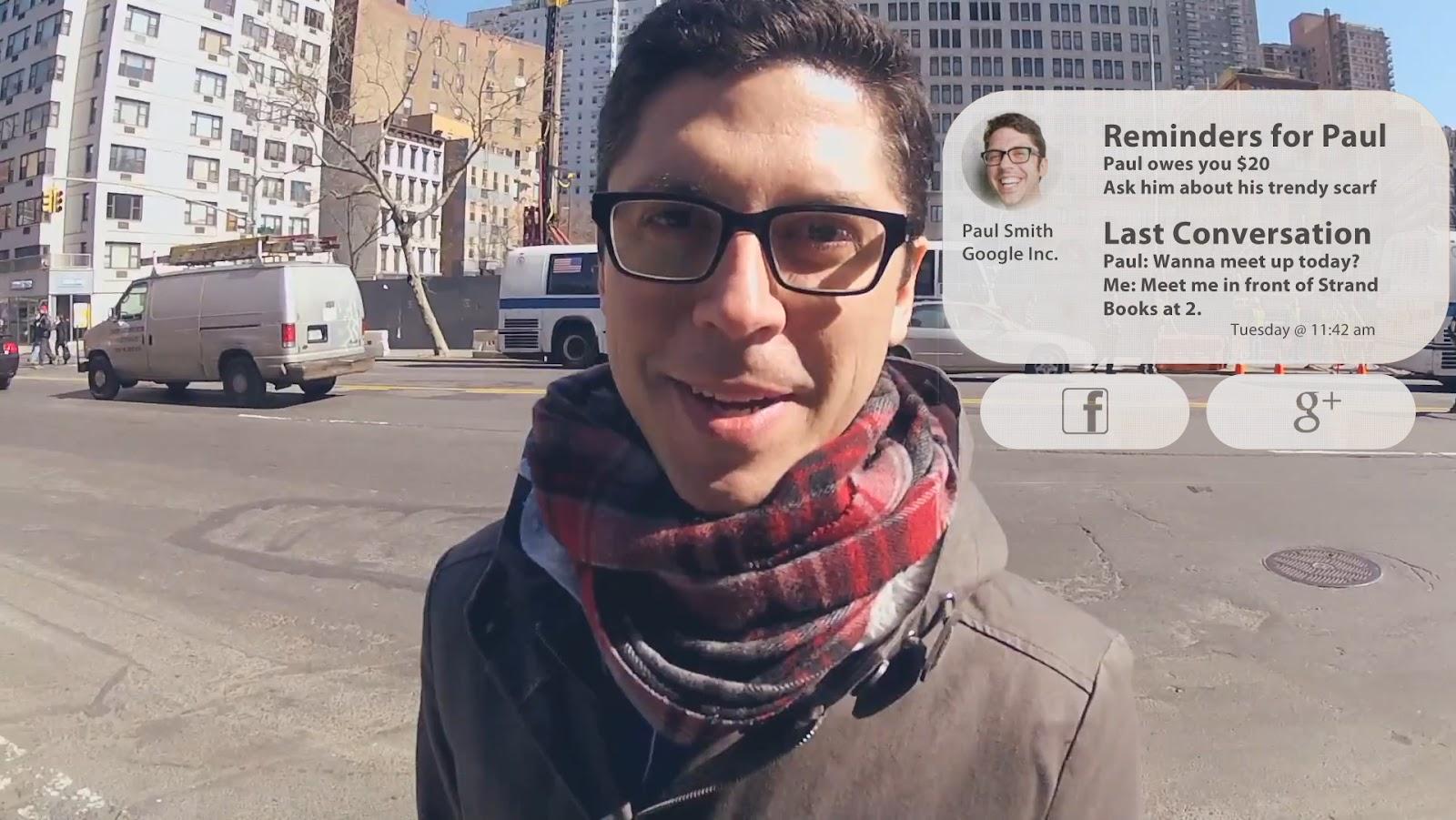 That functionality will also bring the ability to translate the words being spoken to you into your own language on the display. Obviously you’ll need a WiFi connection or a hefty data plan if you’re in another country, but it’s certainly a neat trick if it works.

The New York Times app gives an idea how news will be displayed when it’s asked for: a headline, byline, appropriate image and number of hours since the article was published are displayed.

How much will Google Glass cost?

The consumer versions, which are expected to arrive by the end of 2013, are expected to be a little cheaper, although any actual prices remain speculative. They are unlikely to be super-cheap - but Google’s success with the Nexus 7 tablet may prompt the company to subsidise some of the cost.

When is the Google Glass release date?

A final release date has not been announced, but sources tell us that theoriginal suggestion of 2014 was actually overly pessimistic and we could see Google Glass arrive in time for the end of 2013.