To build an image processing robot that is capable of traversing in a lane while detecting glowing LEDs on its way and deciding its path according to the frequencies of the blinking LEDs.

We’ll split the Problem Statement into Modules.In this tutorial, we’ll step by step discuss each module. The first thing to do is to make a mobile robot capable of moving according to instructions received from the laptop. 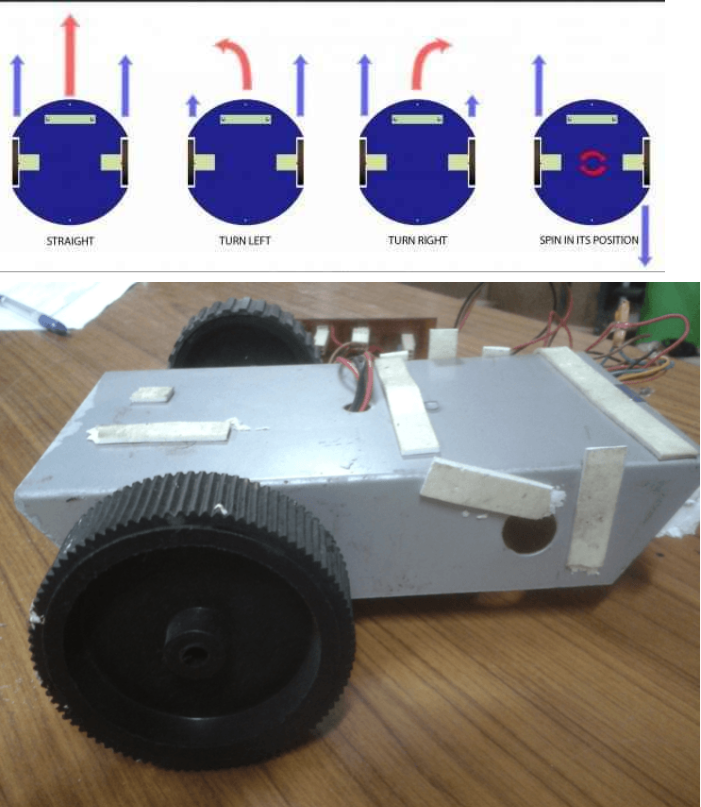 Conceived to be the brain of the robot, the microcontroller is the device that allows us to control the robot and make it autonomous. By pre-programming it, we can make it give different outputs based on different inputs and instructions received, and thereby the robot acts accordingly. For a more elaborate understanding of the working of an AVR microcontroller, please visit AVR tutorials. Essentially you only need to program the microcontroller on your robot, to move in a particular direction, based on the character received by it from the laptop. 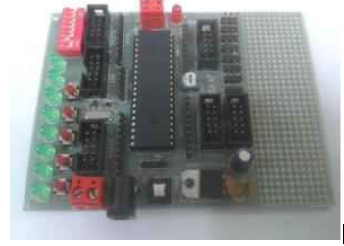 The code to be burned on arduino is as follows:

Before proceeding with this module, we would request you to go through the set of general tutorials for computer vision, for both MATLAB and OpenCV, also found on our website. It is quite extensive, and we will assume that a working knowledge, as put forward there, is in the grasp of the reader of this tutorial. Note that the video feed will contain some noise. Therefore you will not have a perfect image, and hence detection may become really difficult or you might get wrong predictions. Therefore it is advised to use filters to smoothen your image.

Our main objective is to make the bot move as close to the centre as possible.

The lane and the walls need to be separated first. This is done by thresholding i.e. setting appropriate R, G and B values in the video feed. This can also be achieved by converting the image to grayscale and then applying a threshold. One can use any method based on which gives better results.

After getting the binary image we need to find the edges i.e. the boundary between the walls and the road. Apply the Canny function for this.

The detailed procedure is given below :

The leds can be segmented out from the video feed based on its colour which will be provided at the time of run.The bot needs to find out when the led disappears from its field of view and accordingly stop to blink its own led after a certain time.

Locomotion of the Robot

Now that we know the angle by which the bot needs to turn, we need to send commands to the robot so that it turns in the particular direction.