The engineers are trying to design a vehicle that is capable of traversing through a demolished area, having trenches and innumerable obstacles. You are asked to design the prototype of a bot that is capable of crossing gaps and also changing its ground clearance. The arena has many rifts and projections that must be cleared without harming the bot in any manner.

Your challenge is to build a bot manually robust enough to move above obstacles and at the same time clear gaps by using suitable mechanisms.

How does this Tutorial work?

This is a guide for an enthusiast like yourself to explore your own imagination and incorporate them in a robot that you can build with your team for this Robotix’19 edition! The tutorial lists out all the skills that this event can possibly require for your bot to complete the problem statement and tells you exactly how you can implement each of them. And finally, find our ‘Tips’ to put together all your mechanisms and build a winning that’s going to win you a ton of fun! 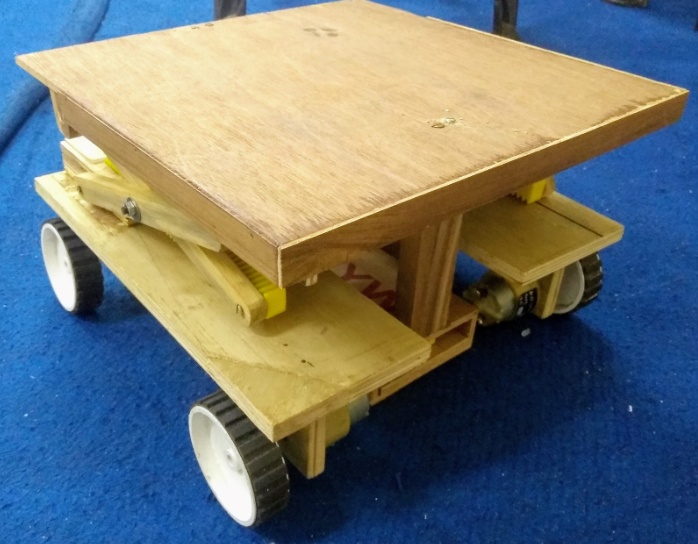 To build a manually controlled bot that is capable of crossing gaps as well as changing its ground clearance to avoid obstacles in its path.

To tackle this, your bot needs to have a mechanism which has:

Mechanism for changing the ground clearance

There will be many instances during the run where the bot will have to move over an obstacle. The best way it can achieve this is by taking in the use of two rack and pinions. This will let the bot to displace its body up and down. Rack and pinion enables the conversion of rotational motion into linear motion. So, it will definitely help you if you attach the central part of the body to the rack and pinions. It will ensure that when the motors run, the rack and pinion lifts up the main portion of the body. 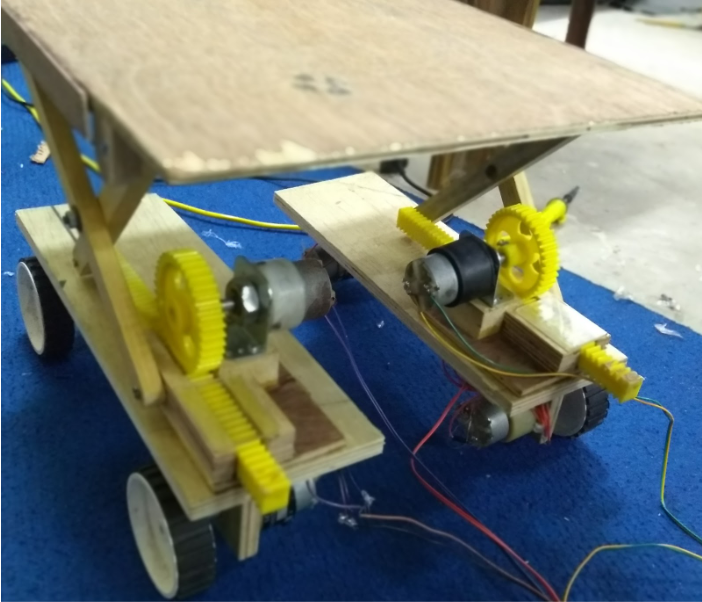 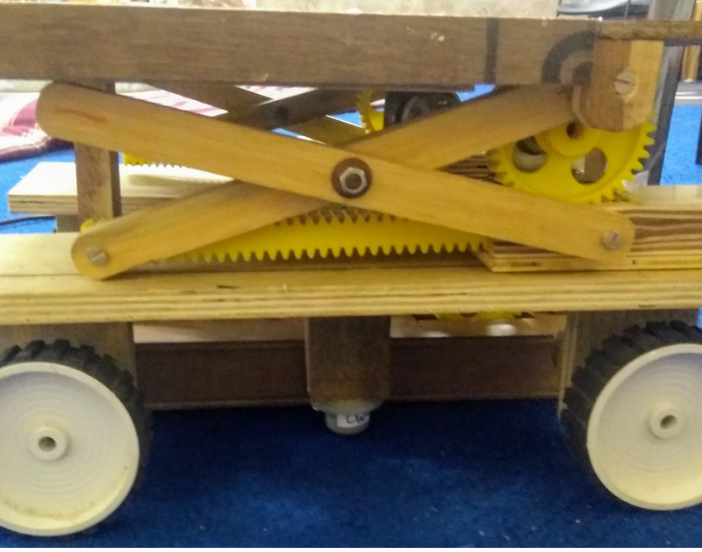 The additional challenge of crossing gaps increases the difficulty of the problem statement. The weight has to be balanced efficiently in order for the bot to be robust. The gap crossing mechanism mentioned here involves the use of a rack and pinion that allows the to and fro motion of a platform attached to the bottom part of the bot. When the bot encounters a gap, the platform will be drawn out, and then the bot will traverse to clear the gap. In order to stabilize the bot, we have used two castor wheels on the sides of the bot. It eliminates the components of force in the horizontal direction.

The demerit of this design is the increased complication in controls. Since two members per team are allowed to control the bot, with practice this could be easily overcome.

The other problem you might face during the making of this design is the entangling of wires while rotation of the wheel axis. But if the bot is constructed well enough with things arranged in a proper manner, this design might be a very effective one.

But in the end, it all boils down to the key point in winning any manual robotics event. That is how well you have the control of your bot. And a lot of practice on a well-assembled bot will definitely take you a long way. 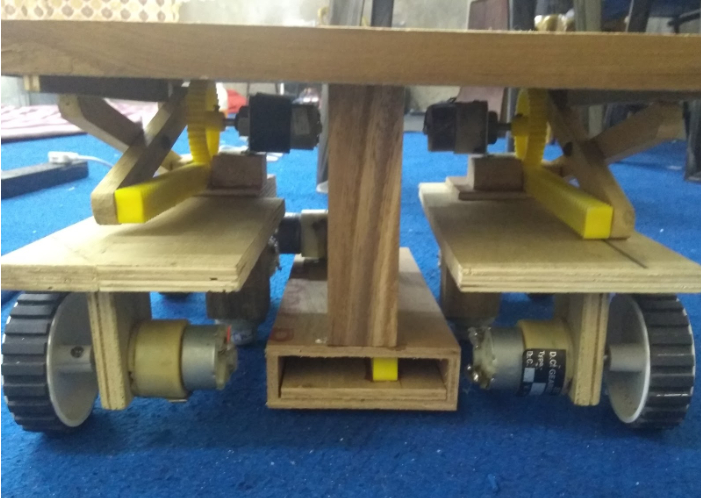 Despite all the complications that you might think your bot has after loading it with all the mechanisms we discussed, the best way to traverse with your bot remaining unaltered is employing the classic differential drive.

When two motors are connected to wheels in one line, opposite to each other (just like a pair of wheels connected to a single shaft) the speed with which each motor rotates determines the direction of motion. When both the wheels rotate at the same speed the difference between the motors is zero. This makes the robot move forward in a straight line. The robot can move in the reverse direction if the direction of rotation of both the motors are reversed. This will again be in a straight line if the speed difference is zero. 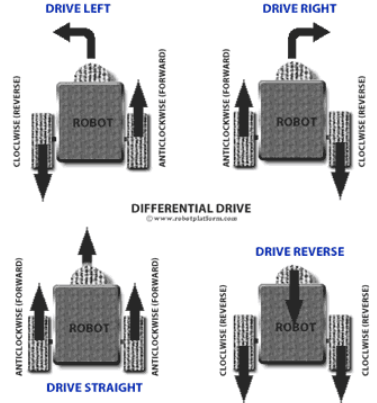 Now changing the speed of any one motor will result in movement in a direction away from the straight line. For example, reducing the speed of the right motor will result in a speed difference and hence change in direction.The resultant force is such that the robot turns right. This direction change can be controlled to required angle by further reducing the speed of the motor.Slower is the right motor, sharper is the turn to right. This is exactly the same for Left turn. As a conclusion, Slower right motor, sharper right turn. Slower left motor Sharper left turn. Below are some scenarios which explains working of differential drive mechanism.M1 and M2 are motors which drive wheels on left and right respectively. 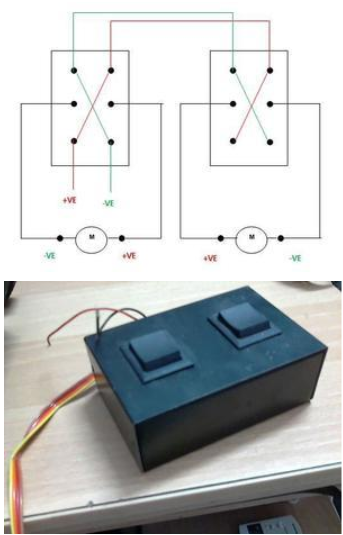 The motors are fixed to the chassis and the tyres are fitted to the DC Geared Motors.